Poll wars for governor of Alaska

Sarah Palin leads for TWO reasons. One, she has a commanding lead in the independent polls, and two, she doesn't exagerate or spin results like all the other Dem. and Rep. candidates do. 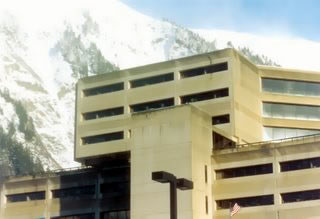 Surprisingly few jobs in the State Office Building change in the switch in administrations.

Here's a good story on the subject. Being straight with the voters is working for Sarah, and not something the other candidates can all of a sudden adopt as a strategy.

And how are the other candidates going to attack "being honest"? There is a lot of fear that Sarah might get smeared, slandered, belittled, and otherwise drug through the mud before it's all over. Go ahead on slandering apple pie and motherhood and see how far it gets you.

The AlaskaReport.com poll showed Sarah with 44% of total votes, not the 39% of just the Republican ticket an independent poll showed. But still way ahead of the nearest Rep. challenger for the August 22 Primary victory. AlaskaReport gets a lot of thoughtful fishermen readers, people that may even have seen what won over my associates in Kodiak. The fisherfolk who saw her in action at the Gubernatorial Debate in Kodiak deemed her believable when she said she was for them and against giving their fish away.

A lot of people may want to believe that having a fisherman in Sen. Lisa Murkowski's office is a good thing for the little guy. Guess again. The real stakes are in details of the management plans of the North Pacific Council and the Magnuson-Stevens Act, not in educating all kinds of East Coast folks about how cold and slimy fish are. The new aide for Lisa stepped into the wheelhouse of the family boat with lots of stock in Icicle Seafoods and a plum job working for Bob Thorstensen as a tender operator. He has voted in lockstep on the North Pacific Council with the PSPA, the processors' voice in fisheries politics.

I don't see that changing when he gets to D.C. He is VERY loyal to one of the biggest processors and their attempts to expand their control of resources and marketing. But, again, Lisa couldn't have hired a nicer and harder working guy. I always hated lumping him with the rest of the NPFMC cabal. He displayed his intelligence in jumping off the Council before it goes down in flames.

I don't know how I got going down that rabbit trail. I was talking about Sarah Palin. Notice how people are deriding her for not attacking her opponents. They use all kinds of phrases to describe this unusual behavior, such as light-weight. It's just that these folks don't recognize that they are the ones who are unusual. Humans weren't intended to attack each other, even though they do all the time, so it seems natural. We spend ungodly amounts of money and soldiers lives to get folks to stop attacking each other. My son fights to keep people apart in other parts of the world. He fights hard and even helped load Saddam Hussein on a chopper to go to jail. So don't hand me that it's "just politics."

So you cheap-shotters better knock it off, you do the same disservice to our country as cutting our soldiers legs out from under them trying to protect your butts. Sarah just has to be the face of integrity and honesty we are looking for in a leader, and appear to have found. The leader puts together a band of mighty men of valor to do all the work. Government employees all over Alaska will appreciate a "kinder, gentler" working environment that is conducive to innovation, teamwork and productivity. I know, I've been there.

The problem comes from candidates who spin the truth, hire pollsters to say what they want, hire consultants to do all manner of dastardly deeds, etc. So voters are left dazed and confused and leaves room for the likes of those two in Terry Haines column in AlaskaReport to say voters aren't smart enough to vote!

Folks who like the idea of integrity in government shouldn't flinch in their support of Sarah. Flinching is like saying MAYBE right is right and wrong is MAYBE wrong. Experience in the back-stabbing nature of Alaska politics of the last few decades isn't what Alaska needs. It needs someone to simply say "no" to the pillaging of Alaska's resources. Voters may not ever know the whys or hows of the "great give-away" of the Bering Sea that started under Knowles, but every normal human wants what's right. We were born with a hole in our heart that can only be filled by the truth, and that makes all of us supremely qualified to vote for what's right.