When you have a branch of government all your own (Appropriations), you have to have an air armada to go with it. I wonder if Sen. Stevens has a navy too. Oh I forgot, he does, the Coast Guard, who he gets great awards from. 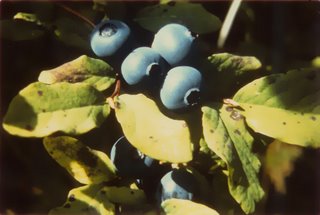 Alaskans that pack heat while picking berries can, and often do, get their winter moose meat or some ducks too, this time of year.

If I go off the air one of these days, you'll know he has an army too. He doesn't have to run for President, he has more fun just manipulating the system like some high level Mad Max. Forget the Tasmanian Devil on his ties, this is worse. This letter from a reader got me going today I guess.

"John:
If anyone had any doubt after the Internet "tubes" debacle, they might read today's Anchorage Daily News story about Ted Stevens' reasons for Frank Murkowski losing the race for Governor. Ted blamed the loss on Frank's late announcement of his candidacy.

So Ted is saying that over 8 out of every 10 voters who voted for anyone but Frank did so because they were confused or stupid? The guy is the sitting governor, we know who he is! How about after 4 years of seeing his antics up close, combined with his 22 years as senator, voters sent a clear message against arrogance, cronyism and nepotism?

Here are some possibilities voters might conclude about Ted:

1) He believes this, which means he must have an advanced case of dementia.

2) He does not care what the voters think. All his years of double-speak training in D.C. has him thinking that by spinning this he can keep his loyal rat pack from considering what it might mean if voters continue to clean house. Just think about how many family and friends and friends of friends have jobs solely based on Ted's fiefdom.

3) He does not want to think of what this means, because of the impact on him:

If voters were backlashing against the new jet bought by Murkowski on state funds, what happens when they find out about Ted's almost continuous use of such jets? Consider the recent event at El Capitan Lodge at $1000/day. What if the Alaskan press asked him at every event, how did you get here? They did this with Frank when he started showing up everywhere in Alaska. Will it become apparent that he is scheduling "convenient" (read "necessary?") hearings so he and his friends can fly in style in the same way that Frank's official State business just happened to coincide with fund raising events in remote Alaska towns?

And if people are repulsed by the fact that, as airline travel becomes a horror show for the rest of us, the corporate elite are flying around in tax free privacy with world class chefs, how would they react to know that nobody has purchased more executive jets then Ted? One of the best keep secrets is the huge increase in political VIP travel in the governmental transport system. Thanks to Ted's chairmanship of the Senate Appropriation Committee thirteen Cessna Citations ($10 million each), two Gulfstream Vs ($45 million each) and two 737 executive jet ($52 million each) were added to the governmental fleet in 1999 alone. That's at a cost of over $272 million, in addition to the already existing fleet of hundreds of jets. Do we really want our government bureaucrats flying around in a invisible government airline at times like this?

In 2000 Ted funded for, the head of the Coast Guard (James Loy), a new Gulfstream VIP transport (C-37). Shortly thereafter Ted Stevens was awarded the first annual Commodore Ellsworth P. Bertholf Award for his "long-term vision and leadership while making substantial contributions to the Coast Guard". I am not making this up.

Add to this all the private jets purchased by the seafood companies as a result of the profits derived from the monopoly Ted created.

Or worst case - what if people started to think about the fact that to get pork you have to give pork, and no one in America has given away more money for more wacky, wasted spending then Ted. That's how he gets pork for Alaska. You want to earmark a highway extension in Florida? Agree to one of Ted's earmarks. Ted helped Trent Lot to pork up the Katrina Relief Bill to the tune of $100 billion, which includes a vast array of projects unrelated to the actual victims. One only has to read the Wall Street Journal to see the scope of the misdirected funds on this bill.

Maybe voters will really start to see this man - Mister Development of Resources Everywhere, that is unless his friend has a lodge down river. Note that he has a rewrite pending on a Coast Guard bill to exclude windmills from lifelong opponent Ted Kennedy's back yard, I wonder what that cost Kennedy? This is the man who complains that Alaskans who spoke out against bridges to nowhere are "embarrassing Alaska", and that anybody with a different opinion is Greenpeace, tree hugging, anti-oil, and anti-Alaska. Time for a change."

Alaskan voters won't be able to fix what's wrong with Congress, but it sure can fix what's wrong with it's Congressional delegation. And by the way, we all need to help repair senatorial road rage here. Can anyone keep ahead of his rampage? See also the recent AlaskaReport article on Ted's blocking of a plan to make federal spending transparent.

(Now we have some interesting news that goes with this draft post from a few days ago.) About now his staff might need to get real scarce before the FBI comes knocking there, like they did yesterday at a residence in Girdwood, AK. That wouldn't be Ted Stevens' house/office would it? Even though right now the FBI is just cleaning out his son Ben's various hangouts looking for evidence of one or the other white collar crimes people have been accusing him of. We'll have to see if any of the fallout will land on Ted.